The Circus Peanut has a long and storied history dating back to the 19th century. Originally invented in the late 1800s by James W. Clapp, the Circus Peanut was one of the first candies to be made using a process called “aeration,” which involved whipping sugar, corn syrup, and flavorings together to create a light and airy texture.

The candy was shaped like a peanut and dyed an orange color to resemble the peanuts that were sold at circuses at the time. The Circus Peanut quickly became a popular treat among both children and adults, and was often sold at concession stands at circuses, fairs, and carnivals. 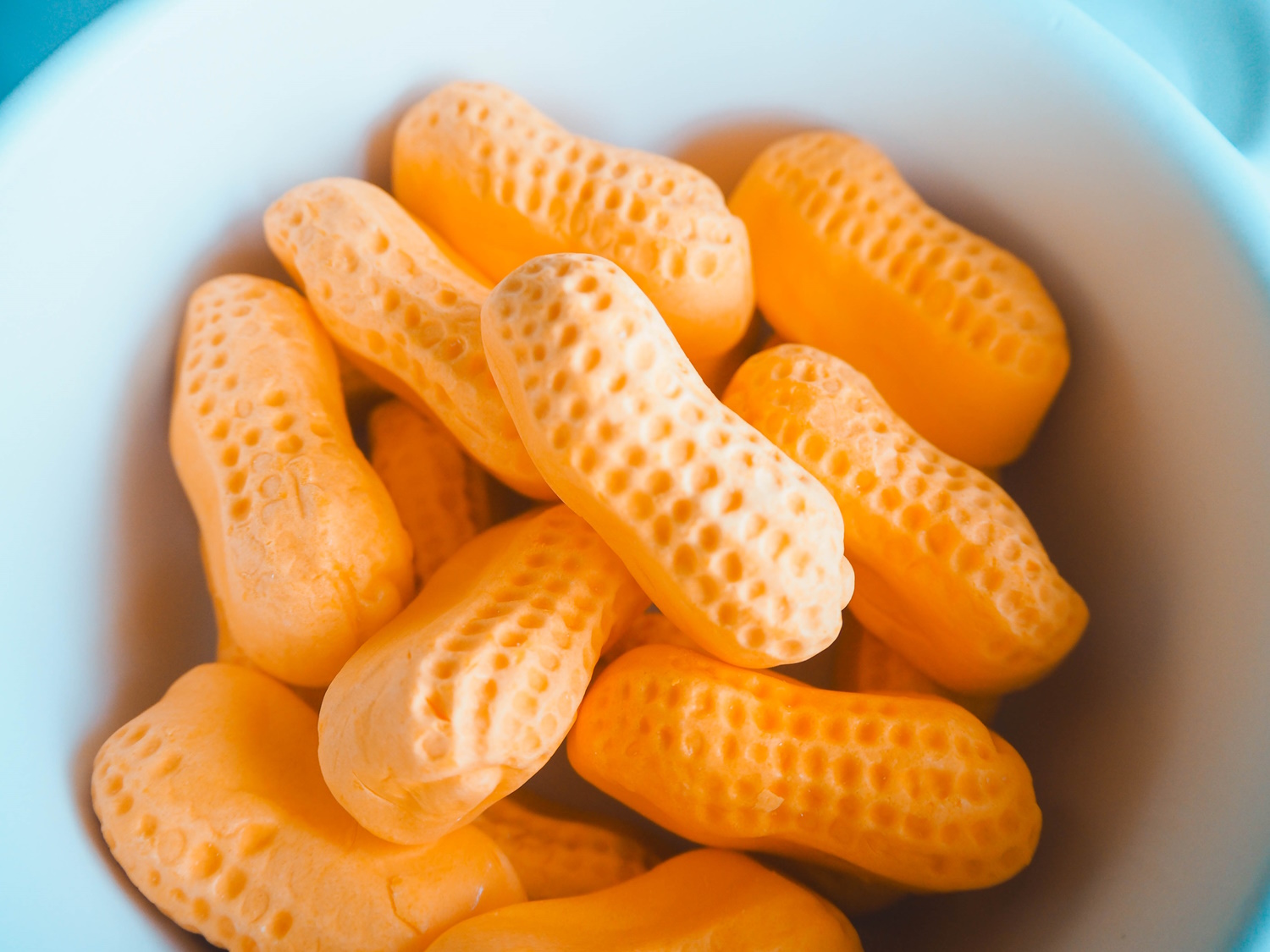 In the early 20th century, the candy began to be mass-produced and sold in stores across the United States. However, as the popularity of the Circus Peanut waned, so too did the number of manufacturers producing the candy. Today, only a few companies still make Circus Peanuts, and they remain a niche product, enjoyed by a small but dedicated group of fans.

In addition to its unique texture and flavor, the Circus Peanut is also known for its bright orange color. This color was achieved by adding food coloring to the candy mixture during the manufacturing process.

The original flavor of Circus Peanut was banana, but over the years, other flavors such as strawberry, vanilla, and even peanut butter have been introduced. The banana flavor is the most classic one and still widely available. 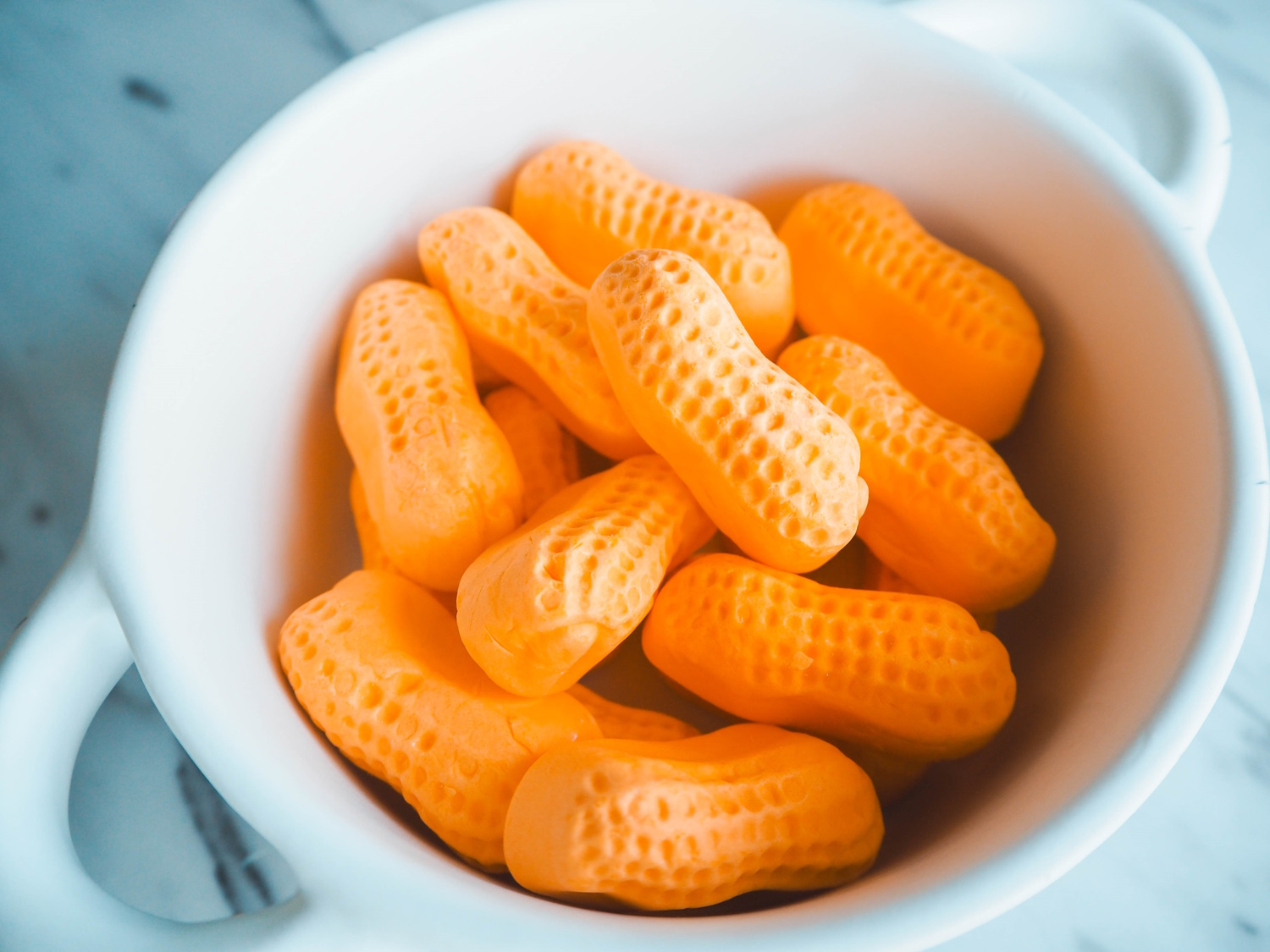 In recent years, many people have also discovered the joys of using Circus Peanuts as a decorative element in themed parties and events. They can be used to create an old-fashioned circus atmosphere or simply as a fun and colorful addition to any event.

Despite their decline in popularity, Circus Peanuts continue to be enjoyed by a dedicated group of fans. Its invention was a key moment in the development of modern candy-making techniques and its unique texture and flavor continue to be beloved by those who have tried it. They are a reminder of a simpler time and are a unique and delicious candy that is sure to bring a smile to anyone’s face. With their bright orange color, light texture, and unique banana flavor, Circus Peanuts are a true classic candy that will continue to be loved for generations to come.

I’m pleased to say that the candy has undergone a resurgence in popularity with many people looking for a taste of nostalgia. The Circus Peanut is a reminder of a simpler time and continues to be enjoyed by candy lovers young and old alike.

Cast Iron Lane is a part of the Amazon Affiliate Program, among others. This means that, at no additional cost to you, I may earn a little somethin’ somethin’ when you use the link to make a purchase.

Let’s continue the fun! Join my Cast Iron Lane Facebook Group here!
Content may contain affiliate links. This means that, at no additional cost to you, I may earn a little somethin’ somethin’ when you use the link to make a purchase. Learn more here. Would you like me to feature your brand? Contact me here.
Food History
0